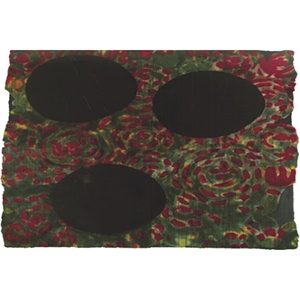 After completing his studies in art while living in Chicago, Sultan moved to New York in order to start his career as an artist. In those days, young artists were often advised not to get involved in painting, purportedly an outmoded form of representation. Defiantly, Sultan still chose to paint, and he got involved in the ongoing controversy surrounding painting. A group of abstract expressionists headed by Jackson Pollock advocated largely abstract, personal and spontaneous painting; for another group known as minimalists, painting had to do with canvas and colour—it could not refer to things beyond them. In their rigorously composed colour-field paintings, they stressed the object and character of their works. Within this field of tension, Donald Sultan began to forge his own way, searching for opportunities to combine the demands of the minimalists with traditional painting. Using typical off-the-shelf linoleum tiles, he discovered a material that was congenial to the realisation of his ideas. He abandoned the traditional canvas, glued the standard-sized tiles to plywood, covered them with a layer of tar and cut forms out of this tough black mass, which he then filled with colour.
When he arrived in New York, artist Donald Sultan was fascinated by the industrial cityscape. The black tar surfaces of his early works evoke images of factories with chimneys puffing out smoke. The factory smoke, ephemeral and as frail as an urban blossom, reappears in the series 'Smoke Rings', which is represented in the collection in different variations.

The smoke rings of a cigarette (no longer visible in these pictures, yet operating here like a miniature smokestack) float against the dark background like a sublime warning of the risks of such indulgence.
Sultan's elegant artworks still live, and despite their ostensible decorativeness, they have a morbid charm to them. In the tradition of the masters of impressionism, Sultan paints fruits, flowers and eggs, some appearing to be coloured black, thus confusing the viewers’ perceptions. Are they really looking at fruit, or is there a black hole opening up in the midst of this composition?
This play with contrast is characteristic of Sultan's oeuvre. The works belonging to the thematic field of 'Artificials' include the prints and paintings of the series 'Dominoes and Playing Cards', stones and cards whose symbols and dots obey a mysterious order. The white dots of the domino stones reappear in the buttonholes of the series 'Buttons.' The ambiguity of forms runs through Sultan's entire work. The smokestack billowing out smoke turns into a streetlamp; the stem of a tulip turns into a vase. The smoke of a factory turns into fragile blossoms; a lemon transforms into the light bulb of a streetlight or the calyx of another tulip.

Following your tour through this impressive building, which sensationally combines historical substance with modern lifestyle in a successful synthesis, Drawing Room Restaurant invites you to relax. Sultan also helped to structure the hotel by offering a design coordinated to his art. Sculptures superbly round off this total work of art on the shores of the Danube and make your stay an unforgettable event. 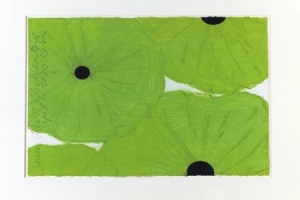 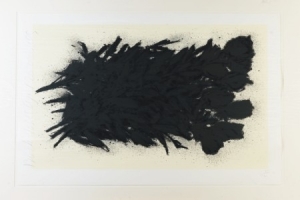